Tay-Sachs is a rare hereditary disorder most commonly found in infants. This disease is more like a neurodegenerative disorder that affects the brain and the central nervous system. Children having this disorder has abnormal fatty substances called GM2 gangliosides that are not broken down due to the absence of an enzyme. These fatty substances build up to toxic levels affecting the brain and other muscle functionality. This disease can cause major malfunctions including, blindness, paralysis, and may also lead to death.

There’s no cure for Tay-Sachs Disease, but research is going on to make advancements in gene therapy or bone marrow transplants that help in the recovery and treatment of the infected child. However, this disease can be detected early at pregnancy by using genetic testing to take precautionary measures and additional care for the child.

For our readers, who are more interested in knowing the Tay-Sachs Disease blood test cost beforehand, we would like to begin with that section.

How much does a Tay-Sachs Disease test cost?

Tay-Sachs Disease test costs around $199 in different labs and facilities across the U.S. No prior appointment is required. Compare the price, order your test online and visit the nearest lab during lab business hours. Complete the procedure and get the results in your email in 2 to 3 business days.

The following table shows the Tay-Sachs Disease test cost at one of our partner laboratories (CLIA – Certified) network located across the U.S.

Is the Tay-Sachs Disease test covered by insurance?

Our above-mentioned Tay-Sachs Disease testing provider does not accept any health insurance policy but, on request, they can provide the itemized receipt containing all the details like the name and code of the test, and CPT code which is necessary for insurance reimbursement purposes.

What is Tay-Sachs Disease?

Tay-Sachs disease is a slow and progressive disease that affects the neurons, that is the nerve cells in the central nervous system (brain & spinal cord). This disease is mostly seen in infants between the age group of the age of 3 to 6 months. This neurodegenerative disorder slows down the development of muscles and weakens them. Infants with this disease also experience other functionality malfunction such as turning over, crawling, and sitting. They also develop an unusual exaggerated startle reaction to loud noises.

As the Tay-Sachs disease progresses, the child will encounter seizures, vision and hearing loss, intellectual disability, and paralysis. Some children also tend to have an eye abnormality called a cherry-red spot which is also a characteristic of the Tay-Sachs disease. When the disorder gradually grows and becomes severe, infants usually will live only into early childhood.

There are other forms of this disorder, knows as the late-onset forms of Tay-Sachs disease, where signs and symptoms of the disease can appear in childhood, adolescence, or adulthood. Symptoms are the same as the regular Tay-Sachs Disease symptoms seen in infants like the loss of motor control, muscle weakness, speech problems, and mental illness. However, this form is very rare and the symptoms might differ from person to person.

What are Tay-Sachs Disease causes?

Tay-Sachs disease is a hereditary disorder, passed down through ancestors having this disease. During the reproduction process, the infant in the womb has to receive two copies of the defective gene — one from each parent — to become affected. If only one parent shares/transfers the defective gene copy, then the baby becomes a carrier. This can be passed onto many generations.

Tay-Sachs disease is caused by a defective gene on chromosome 15, also known as HEX-A. The defective gene barricades the anatomy not to produce a protein called hexosaminidase. Due to the absence of this protein, a fatty substance known as GM2 gangliosides tend to build up in the nervous system (which otherwise would have broken down in a healthy human with the production of hexosaminidase) affecting the brain cells and muscle functionality.

What are the symptoms of Tay-Sachs Disease?

Most of the infants have nerve damage starting in utero (before birth). If your baby is born with Tay-Sachs disease, the symptoms initially, that is until 3 months of age won’t be noticeable. However, as time lapses, during this time (3 – 6 months) parents can start to notice some slow developments in the baby’s growth such as weak muscles, slowly some of the following symptoms begin to exhibit as the disease progresses  –

By age 2, most children with Tay-Sachs have started getting more severe symptoms as the diseases progress. They include:

Post the age of 3, the disease typically progresses rapidly and the central nervous system continues to get worsen, often the child will pass away by the age of 4 or 5 years old.

An even milder in symptoms and rarer form of Tay-Sachs disease is known as “late-onset” or “adult-onset” Tay-Sachs Disease.

Just like the disorder seen in the infants, the “late-onset” Tay-Sachs disease is seen later in life, where the symptoms might appear anywhere from the teen years to adulthood. Some of the early symptoms including trouble balancing, clumsiness, muscle weakness in the legs and may also have mental health issues. However, these late Tay-Sachs symptoms differ from person to person.

Adult Tay-Sachs symptoms may include –

In the case of Adult Tay-Sachs, the symptoms typically occur by the age of 10 and progress slowly. The life expectancy of this late-onset form varies from person to person, some people have a normal lifespan.

How is Tay-Sachs disease transmitted?

Tay-Sachs disease is an inherited disorder that is transferred from the gene copies of the infant’s parents. The parent with an autosomal recessive condition each carry one copy of the mutated gene, but they do not have any symptoms or signs of the condition.

The genes (present in your cells) are a type of coding of characteristics and other physical traits – including from ear shape to the blood type, that your parents pass onto you. Defects in a gene called “HEXA” causes this Tay-Sachs Disease.

Generally, people have two healthy versions of this HEXA gene, this gene is also responsible for producing a protein like an enzyme known as Hex-A. This Hex-A prevents the deposit of fatty substances called GM2 ganglioside in your nervous system, like the brain and spinal cord.

Some people have only one healthy copy of the gene, but still, make enough Hex-A enzyme to maintain a healthy level to keep the brain and spinal cord functioning without any fat deposition. If both parents are carriers of Tay-Sachs disease, there is a 25% chance of their infant getting this disease.

When babies are born with Tay-Sachs Disease got a changed copy of this gene from both the parents, so the body doesn’t produce any Hex-A protein, which results in GM2 ganglioside fat depositions on the nerve cells causing this disorder.

Thus, anyone can be a transmitter of Tay-Sachs disease, it only needs a defective copy of the HEXA gene. This disease is rarely seen in the general population, affecting only 1 in every 112,000 births. However, this genetic mutation is seen as more common in people of eastern and central Europe (Ashkenazi) Jewish heritage. In the US, as per the data from the Center for Jewish Genetics about 1 in every 30 American Ashkenazi Jewish people is a carrier of this Tay-Sachs disease.

Non-Jewish French Canadians living near the St. Lawrence River in Canada and in the Cajun community of Louisiana and the Old Order Amish community in Pennsylvania also have higher cases of Tay-Sachs.

How is the Tay-Sachs Disease test performed?

Tay-Sachs Disease test is a simple blood test. During this test, a lab technician or a phlebotomist will cleanse the area to be injected with an antiseptic and wrap an elastic band around the upper arm to make the vein visible and pool with blood. He/she then injects a needle to draw a sample of blood and collects the blood sample in a vial (a small glass container) or a test tube. After the blood is drawn, he/she covers the injected area with a band-aid or a cotton ball to stop bleeding. The collected blood sample is then sent to the lab for further analysis.

It takes less than 5 to 10 minutes to perform this test.

There is no special preparation required for the Tay-Sachs Disease blood test.

Are there any risks to the test?

There are no possible risks or complications in the Tay-Sachs Disease test. But sometimes after the blood sample is drawn, you might feel dizziness, slight pain, bruise, soreness, or redness in the injected area for a very little period.

What does the Tay-Sachs Disease test result mean?

Pregnant women can also take this test to find out whether their unborn babies have Tay-Sachs.

Treatment for Tay-Sachs involves giving comfortableness and caring for the child more than any normal child, also known as “palliative care”. Palliative care may include medication for pain, seizure control, physical therapy, feeding tubes, and respiratory care to reduce mucus buildup in the lungs.

If you want to take caretaking tips from specialists and programs you can consider the following:

There is no cure for this disease. Emotional support to the child from their surroundings and the family members is vital.

As the disease is an inherited disorder and not by means of lifestyle habits, the only risk factor for Tay-Sachs disease includes having ancestors from:

How to prevent Tay-Sachs Disease infection?

There is no way to prevent the Tay-Sachs if your ancestors had a mutated HEXA gene. However, if you suspect of having come from the above-mentioned family background, early screening of you and/or your spouse can help make a decision on whether or not to have children. Screening for Tay-Sachs started in the year 1970 and has reduced a whopping 90 percent of possible births with Tay-Sachs among the Ashkenazi Jews. 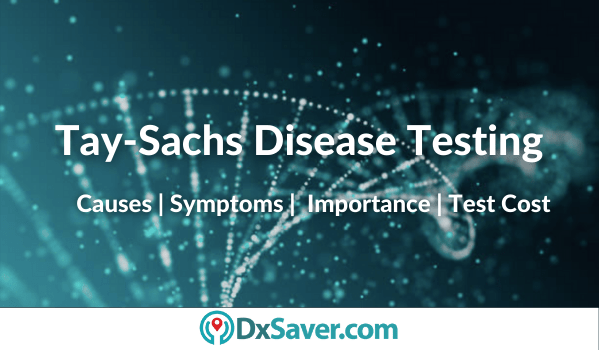