For our readers, who are very much interested in knowing the sickle cell test cost beforehand, we would like to begin with that section.

How much does the sickle cell test cost?

Sickle cell test cost ranges between $49 and $54 in different labs and facilities across the U.S. No prior appointment is required. Compare the price, order your test online and visit the nearest lab during lab business hours. Complete the procedure and get the results in your email in 2 to 3 business days. Doctor consultation is also available for further treatment or any kind of medical advice.

The following table shows the cost of sickle cell test at 2 of our partner laboratories (CLIA – Certified) network located across the U.S.

Our sickle cell testing providers do not accept any kind of health insurance plan. But, on request, they can provide you with an itemized receipt containing all the details like the name and code of the test, and CPT code that is necessary for insurance reimbursement purposes.

What is a sickle cell test?

What is sickle cell disease?

What is sickle cell trait?

There are different types of sickle cell disease based on the specific type of abnormal hemoglobin you have. They are

Sickle cell disease causes various symptoms. The following are some of the sickle cell symptoms

Who should get tested for sickle cell test?

People with the following conditions should get tested for a sickle cell test.

How is the sickle cell test done?

The sickle cell test is done using the blood specimen.

During this test, a lab technician or a phlebotomist will cleanse the area to be injected with an antiseptic and wrap an elastic band around the upper arm to make the vein visible and swell with blood. He/she then injects a needle to draw a sample of blood and collects the blood sample in a test tube. After the blood is drawn, he/she covers the injected area with a band-aid or a cotton ball to stop bleeding. The collected blood sample is then sent to the lab for further analysis.

In the case of infants and children, the blood sample will be taken from the heel or finger with the help of a sharp tool called a lancet.

It takes less than 5 to 10 minutes to perform this test.

There is no special preparation required for the sickle cell test. But physicians recommend not to take a sickle cell test up to 90 days after receiving a blood transfusion as it may influence the test results and lead to an inaccurate diagnosis.

Are there any risks in the test?

There are no possible complications in the sickle cell blood test. After the blood sample is drawn, you might feel dizziness, slight pain, bruise, or redness in the injected spot for a very little period.

What does the test result mean?

If the test is positive, your physician will order another test called hemoglobin electrophoresis to distinguish between sickle cell disease and sickle cell trait.

Sickle cell anemia treatments are of three protocols, they are

It is also generally known as stem cell transplant and it is the only potential cure for sickle cell anemia. This type of diagnosis is generally recommended for people younger than 16 years of age.

Medications such as antibiotic penicillin, hydroxyurea, and other pain-relieving pharmaceutical drugs help in reducing the pain and preventing complications.

Blood transfusion increases the number of normal red blood cells in circulation and helps to relieve anemia. It can also be used to diagnose other complications of sickle cell anemia.

Other experimental treatments include gene therapy and drugs to boost fetal hemoglobin.

What are the complications of sickle cell anemia?

Sickle cell anemia can cause severe complications such as

How to prevent sickle cell anemia? 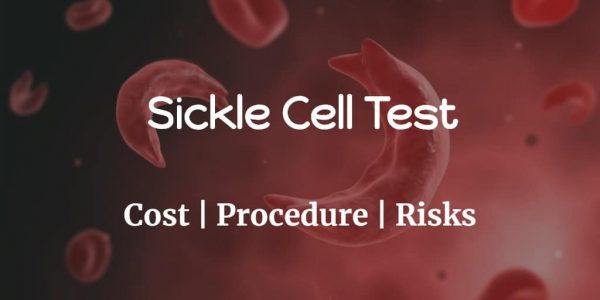