ACTH is expanded as Adrenocorticotropic Hormone, ACTH test is done to evaluate the ACTH hormone levels in your blood. ACTH hormone is a vital component that is secreted by the pituitary gland located at the base of your brain. It controls the production of another hormone made by the glands located above the kidney (adrenal glands) called cortisol hormone.

In order for the proper functioning of your body functions that are controlled by cortisol, normal levels should be maintained. This blood test helps in detecting and diagnosing medical conditions caused by abnormal ACTH and cortisol levels in your blood.

For our readers, who are very much interested in knowing the ACTH Hormone Blood test cost beforehand, we would like to begin with that section.

The cost of the ACTH Hormone test ranges between $49 and $88 in different labs and facilities across the U.S. No prior appointment is required. Compare the price, order your test online and visit the nearest lab during lab business hours. Complete the procedure and get the results in your email in 2 to 3 business days. Doctor consultation is also available for further treatment or for any kind of medical advice.

The following table shows the ACTH Hormone blood test cost at two of our partner laboratories (CLIA – Certified) network located across the U.S.

Our ACTH Hormone testing providers do not accept any health insurance. But, on request, they can provide you with a receipt containing all the details like the name and code of the test, and CPT code which is necessary for insurance reimbursement purposes.

What is ACTH Hormone & Why is it Important?

Adrenocorticotropic hormone is abbreviated as ACTH hormone. ACTH is produced by the pituitary gland located below the brain in the center of the head. The pituitary gland is a conjunction of glands that produce hormones to regulate the organ and tissue function in human anatomy.

This hormone is responsible for stimulating the secretion of the cortisol hormone. Cortisol hormone is an important steroid hormone produced by the adrenal glands located above the kidneys that regulate lipid metabolism, glucose levels, protein, maintaining blood pressure, and suppressing the immune system’s response.

ACTH blood test is prescribed to measure the Adrenocorticotropic hormone (ACTH) levels in your blood.

An ACTH blood test measures the levels of both ACTH and cortisol in your blood and helps your physician to detect and diagnose diseases that are associated with elevated or low cortisol in the body. Health complications caused by these diseases include:

What is the ACTH Hormone Blood Test?

If you have a high cortisol level, you may have signs and symptoms that include:

How is the ACTH Blood test performed?

As the name suggests, the ACTH Hormone Blood test is a simple blood test. During this test, a lab technician or a phlebotomist will cleanse the skin with an antiseptic and place an elastic band around the upper arm so that the vein becomes visible and swells with blood. He/she then injects a needle and draws a sample of blood in a test tube. After the blood is drawn, he covers the injected area with a band-aid to stop bleeding. The typical blood specimen is then sent to the lab for analysis.

It takes less than 10 minutes to perform this test.

Is there any Preparation Required before the Test?

Following are some prerequisites before your ACTH blood test.

Following are other things to consider which can influence the ACTH test results, thus keeping a check on these can help ascertain the right test results for better diagnosis:

Other than this no other special preparations required before the test. Before giving your blood specimen, make sure your doctor knows about any prescription or nonprescription medications, supplements, vitamins, herbs, and recreational or illicit drugs that you’re consuming.

Are there any risks in the ACTH test?

There is no possible risk or complication in taking the ACTH Hormone blood test. You might have slight pain or bruise in the injected area for a very little period.

What does the ACTH Test Result Mean?

ACTH levels and cortisol levels are related to each other where ACTH levels increase when cortisol is low and fall when cortisol is high. To secrete the appropriate amounts of cortisol hormone, the hypothalamus, pituitary, and adrenal glands must be functioning perfectly.

Medical conditions that affect the function of the hypothalamus, pituitary, or adrenal glands can influence ACTH and cortisol production, the conditions include – Cushing’s disease, adrenal insufficiency (Addison disease), and hypopituitarism. In some cases, tumors located outside the pituitary such as the lungs can also increase cortisol production affecting the ACTH hormone levels.

Results of your ACTH hormone test are often compared with the cortisol test results. The following infographic explains some possible conditions and their causes of abnormal levels:

Normal ACTH levels in a healthy human should stand between 9 to 52 picograms per milliliter. Generally, normal values of the ACTH hormone test may vary slightly between laboratories. Your physician will analyze your test results accordingly and prescribe the treatment methods in case your ACTH stands at abnormal levels.

If your test results show abnormal levels, then it may indicate certain medical conditions that need to be treated to fic the ACTH to normal levels. Diagnosing ACTH diseases can be highly complex, depending on various factors and your doctor may order further blood tests and ask you to disclose your medical history to have a clear picture of your health condition. 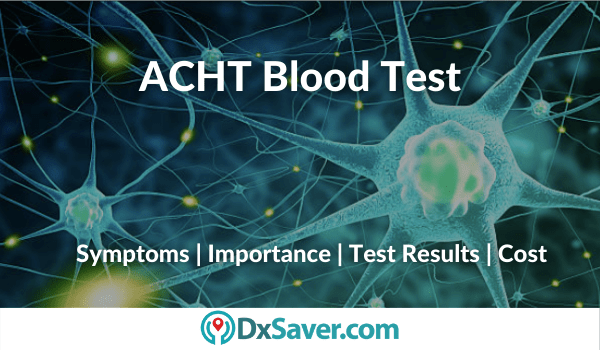