Cancer is a deadly disease in which cells in your body grow out of control. When cancer affects your lungs, it is called lung cancer. Lung cancer begins in the lungs and spreads to the lymph nodes or other organs in your body, such as your brain. Similarly, cancer from the other organs may also spread to the lungs. When the cancer cells spread from one organ to another then they are called metastases.

Lung cancer is one of the leading causes of cancer deaths in the United States. The lungs are two squidgy organs in the chest that helps in filtering the required oxygen while inhaling and releases carbon dioxide when we exhale. People who smoke regularly have a high risk of lung cancer, but lung cancer may also occur in those people who have never smoked. According to the Centers for Disease Control and Prevention (CDC), cigarette smokers are more likely to get lung cancer than nonsmokers. So we highly recommend every individual to get tested for lung cancer at least once in a year.

What are lung cancer stages?

Cancer stages help your physician know how far cancer has spread and also helps determine the treatment. The chance of successful treatment is much higher when lung cancer is diagnosed and treated at early stages before it spreads to other organs of your body. Although lung cancer doesn’t show any symptoms at earlier stages, diagnosis only comes after it has spread.

The four main stages of lung cancer are as follows:

Small-cell lung cancer (SCLC) has two stages. In the limited stage, cancer is found in one lung or in the lymph nodes on the same side of the chest.

In the extensive stage cancer has spread:

The two general types of lung cancer are:

Mesothelioma is a type of lung cancer that is usually associated with asbestos exposure. Small-cell lung cancer represents about 15 to 20 percent of lung cancers. SCLC grows and spreads faster than Non-SCLC. It also makes it more likely to respond to chemotherapy. But, it’s also less likely to be cured with treatment.

You may also have respiratory infections such as pneumonia or bronchitis.

As cancer starts spreading, additional symptoms depend on where new tumors are formed. For example, if in the:

Tumors that appear in the top of the lungs can influence facial nerves and it may lead to drooping of one eyelid, small pupil, or absence of perspiration on one side of your face. These symptoms occur together and they are called the Horner syndrome. It may also cause shoulder pain.

According to the American Lung Association (ALA), there were about 2.1 million new cases in 2018, as well as 1.8 million deaths from lung cancer in the United States. Current survival statistics of lung cancer don’t tell the entire story. In recent years, new treatments have approved for stage 4 non-small cell lung cancers. Some people are surviving much longer than those who have undergone traditional treatments. Small-cell lung cancer is very aggressive than the other. For a limited stage, the five-year survival rate would be 14 percent and the median survival is from 16 to 24 months. Median survival for extensive-stage would be 6 to 12 months.

Long-term disease-free survival is very rare. Without the treatment, the chance of survival is only two to four months. The five-year survival rate for mesothelioma is 5 to 10 percent.  In the United States, around 7,300 people who never smoked die from lung cancer each year due to passive smoke.

Lung cancer can be curable if it is caught at an early stage. Regular CT scans generally promote early detection, which may allow you to get very minimal surgery and can be cured. The longer you wait, the risk is higher. That is you’re talking about major surgery and much worse outcomes. Your physician will say that lung cancer is not truly cured. However, the longer someone lives with no history of cancer, the less likely it is they’ll see the cancer return.

Improvements in the treatments of lung cancer helped many people survive.

After a physical examination, your doctor will tell you how to prepare for the tests:

A biopsy will help determine if the tumor cells are cancerous. A tissue sample can be obtained using:

Tissue samples are then sent to a pathologist for analysis purposes. If the result is positive, then further testing is done, such as a bone scan, which helps determine if cancer has spread and helps identify staging.

Options for small cell-lung cancer may also include surgery, chemotherapy, and radiation therapy. In most cases, the surgery cannot be performed as cancer must have reached the advanced stage. Some people with advanced lung cancer may not choose to continue with treatment. But you can choose palliative care treatments which help in treating the symptoms of cancer rather than cancer itself.

There’s no accurate way to prevent lung cancer, but you can reduce your risk if you follow the above:

How to get tested?

Lung cancer can be detected in the CEA blood test. This test is done to measure the levels of CEA in the blood. Your physician will prescribe for a CEA blood test to detect the tumor cells. This CEA test is used to diagnose Lung cancer, Gastric, Ovary, and Pancreatic cancer.

No prior appointment is required for cancer screening. You can compare the price, order your test online and visit the nearest lab during lab business hours. After completion of the procedure, the results will be emailed in 2 to 3 business days. We also provide doctor consultation for further treatment or any kind of medical advice.

The following table shows the lung cancer testing (CEA Test) cost at one of our partner laboratories (CLIA – Certified) network located across the U.S.

Lung cancer tests can be done in any of the following states at the provider’s location. To know the lung cancer test cost at these locations refer to the above table. 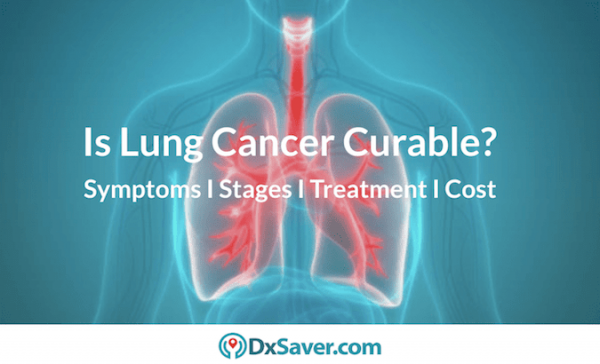